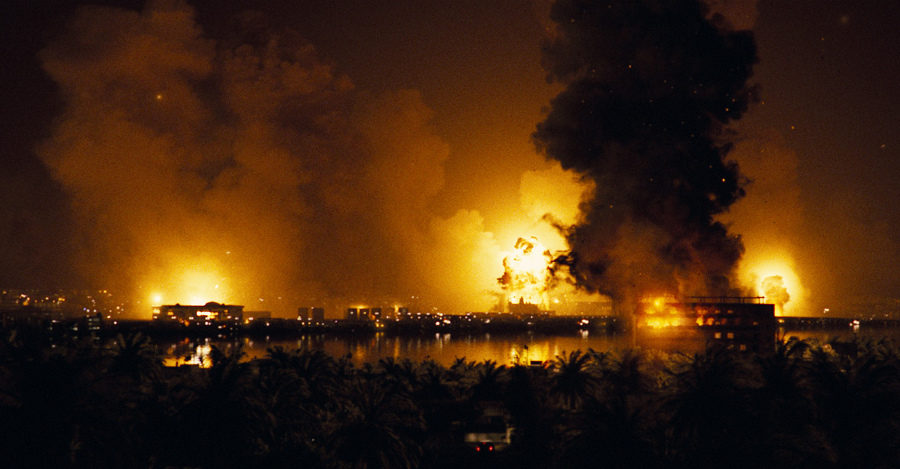 The devastating aerial assault on Baghdad in 2003, known as “shock and awe.”

Opinion polls in the United States and the United Kingdom have found that a majority of the public in both countries has a remarkably consistent belief that only about 10,000 Iraqis were killed as a result of the U.S.-British invasion of Iraq in 2003.

Estimates of deaths in Iraq actually range from 150,000 to 1.2 million. Part of the reason for the seriously misguided public perception may come from a serious belief in guided weapons, according to what the government tells people about “precision” bombing.  But one must ask how so many people can be killed if these weapons are so “precise,” for instance in one of “the most precise air campaigns in military history,” as a Pentagon spokesman characterized the total destruction last year of Raqqa in Syria.

The dreadful paradox of “precision weapons” is that the more the media and the public are wrongly persuaded of the near-magical qualities of these weapons, the easier it is for U.S. military and civilian leaders to justify using them to destroy entire villages, towns and cities in country after country: Fallujah, Ramadi and Mosul in Iraq; Sangin and Musa Qala in Afghanistan; Sirte in Libya; Kobane and Raqqa in Syria. 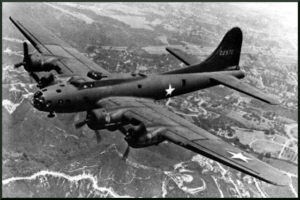 The inaccurate B17 “Flying Fortress”

The skillful use of disinformation about “precision” bombing has been essential to the development of aerial bombardment as a strategic weapon. In a World War II propaganda pamphlet titled the “Ultimate Weapon of Victory”, the U.S. government hailed the B-17 bomber as “… the mightiest bomber ever built… equipped with the incredibly accurate Norden bomb sight, which hits a 25-foot circle from 20,000 feet.“

However, according to the website WW2Weapons, “With less than 50 per-cent cloud coverage an average B-17 Fortress Group could be expected to place 32.4% of its bombs within 1000 feet of the aiming point when aiming visually.”  That could rise to 60 percent if flying at the dangerously low altitude of 11,000 feet in daylight.

The U.K.’s 1941 Butt Report found that only five percent of British bombers were dropping their bombs within five miles of their targets, and that 49 percent of their bombs were falling in “open country.”

In the “Dehousing Paper,” the U.K. government’s chief scientific adviser argued that mass aerial bombardment of German cities to “dehouse” and break the morale of the civilian population would be more effective than “precision” bombing aimed at military targets.  British leaders agreed, and adopted this new approach: “area” or “carpet” bombing, with the explicit strategic purpose of “dehousing” Germany’s civilian population.

The U.S. soon adopted the same strategy against both Germany and Japan, and a U.S. airman quoted in the post-war U.S. Strategic Bombing Survey lampooned efforts at “precision” bombing as a “major assault on German agriculture.”

The destruction of North Korea by U.S.-led bombing and shelling in the Korean War was so total that U.S. military leaders estimated that they’d killed 20 percent of its population.

In the American bombing of Vietnam, Laos and Cambodia, the U.S. dropped more bombs than all sides combined in the Second World War, with full scale use of horrific napalm and cluster bombs.  The whole world recoiled from this mass slaughter, and even the U.S. was chastened into scaling back its military ambitions for at least a decade.

The American War in Vietnam saw the introduction of the “laser-guided smart bomb,” but the Vietnamese soon learned that the smoke from a small fire or a burning tire was enough to confuse its guidance system.  “They’d go up, down, sideways, all over the place,” a GI told Douglas Valentine, the author of The Phoenix Program. “And people would smile and say, ‘There goes another smart bomb!’  So smart a gook with a match and an old tire can fuck it up.”

President Bush Senior hailed the First Gulf War as the moment that America “kicked the Vietnam syndrome once and for all.”  Deceptive information about “precision” bombing played a critical role in revitalizing U.S. militarism after defeat in Vietnam.

The U.S. and its allies ruthlessly carpet-bombed Iraq, reducing it from what a UN report later called “a rather highly urbanized and mechanized society” to “a pre-industrial age nation.”  But the Western media enthusiastically swallowed Pentagon briefings and broadcast round-the-clock bomb-sight footage of a handful of successful “precision” strikes as if they were representative of the entire campaign.  Later reports revealed that only seven percent of the 88,500 tons of bombs and missiles devastating Iraq were “precision” weapons.

The U.S. turned the bombing of Iraq into a marketing exercise for the U.S. war industry, dispatching pilots and planes straight from Kuwait to the Paris Air Show.  The next three years saw record U.S. weapons exports, offsetting small reductions in U.S. arms procurement after the end of the Cold War.

The myth of “precision” bombing that helped Bush and the Pentagon “kick the Vietnam syndrome” was so successful that it has become a template for the Pentagon’s management of news in subsequent U.S. bombing campaigns. It also gave us the disturbing euphemism “collateral damage” to indicate civilians killed by errant bombs.

As the U.S. and U.K. launched their “Shock and Awe” attack on Iraq in 2003, Rob Hewson, the editor of Jane’s Air-Launched Weapons, estimated about 20-25 percent of the U.S. and U.K.’s “precision” weapons were missing their targets in Iraq, noting that this was a significant improvement over the 1999 bombing of Yugoslavia, when 30-40 percent were off-target. “There’s a significant gap between 100 percent and reality,” Hewson said. “And the more you drop, the greater your chances of a catastrophic failure.” 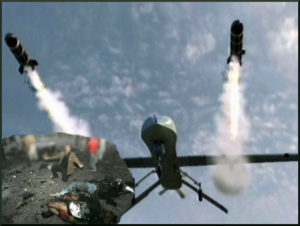 Drone attack on a house full of people

Since World War II, the U.S. Air Force has loosened its definition of “accuracy” from 25 feet to 10 meters (39 feet), but that is still less than the blast radius of even its smallest 500 lb. bombs.  So the impression that these weapons can be used to surgically “zap” a single house or small building in an urban area without inflicting casualties and deaths throughout the surrounding area is certainly contrived.

“Precision” weapons comprised about two thirds of the 29,200 weapons aimed at the armed forces, people and infrastructure of Iraq in 2003.  But the combination of 10,000 “dumb” bombs and 4,000 to 5,000 “smart” bombs and missiles missing their targets meant that about half of “Shock and Awe’s” weapons were as indiscriminate as the carpet bombing of previous wars.  Saudi Arabia and Turkey asked the U.S. to stop firing cruise missiles through their territory after some went so far off-target that they struck their territory. Three also hit Iran.

“In a war that’s being fought for the benefit of the Iraqi people, you can’t afford to kill any of them,” a puzzled Hewson said. “But you can’t drop bombs and not kill people.  There’s a real dichotomy in all of this.”

Since Barack Obama started the bombing of Iraq and Syria in 2014 more than 107,000 bombs and missiles have been launched. U.S. officials claim only a few hundred civilians have been killed. The British government persists in the utterly fantastic claim that none of its 3,700 bombs have killed any civilians at all.

Former Iraqi Foreign Minister Hoshyar Zebari, a Kurd from Mosul, told Patrick Cockburn of Britain’s  Independent newspaper that he’d seen Kurdish military intelligence reports that U.S. airstrikes and U.S., French and Iraqi artillery had killed at least 40,000 civilians in his hometown, with many more bodies still buried in the rubble.  Almost a year later, this remains the only remotely realistic official estimate of the civilian death toll in Mosul. But no other mainstream Western media have followed up on it.

The consequences of U.S. air wars are hidden in plain sight, in endless photos and videos. The Pentagon and the corporate media may suppress the evidence, but the mass death and destruction of American aerial bombardment are only too real to the millions of people who have survived it.

Nicolas J.S. Davies is the author of Blood On Our Hands: the American Invasion and Destruction of Iraq. He also wrote the chapter on “Obama at War” in Grading the 44th President: a Report Card on Barack Obama’s First Term as a Progressive Leader.