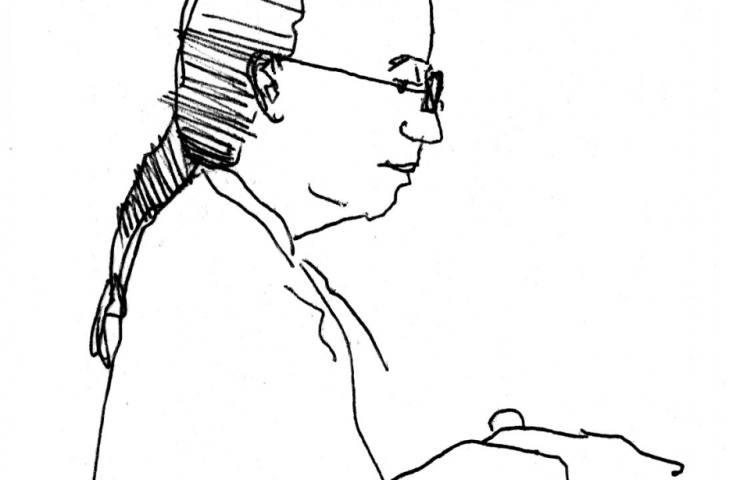 Ithaca, NY. On January 12, the National Day of Action to Stop Killer Drones, grandmother and drone resister Mary Anne Grady Flores learned that she is to go back to jail for six months starting Tuesday, January 19. She is to report to the Dewitt Town Court (5400 Butternut Drive, East Syracuse, NY) at 5pm to be remanded to Jamesville Correctional Facility, East Syracuse NY.

Mary Anne had been out on appeal of a lower court convicting her of violating an order of protection. It had been given on behalf of Col. Evans of the Hancock Air National Guard Base 174th Attack Wing (in Syracuse, NY), to “protect” him from nonviolent anti-drone activists. She had been charged with violating the order while taking pictures of eight Catholics protesting the US drone assassination program at Hancock on Ash Wednesday, Feb. 13, 2013. Onondaga County Court Judge Miller upheld the lower court conviction. Of note is that all eight Catholic drone resisters were acquitted because they went to uphold law, not break it.

Orders of protection, typically given in domestic violence situations, have been used by the Court and the Base in an attempt to deter protest and suppress free speech. Judge Miller also upheld a lower court ruling on the Hancock 17, seventeen nonviolent drone resisters given orders of protection, jail time, and fines.

Mary Anne, a grandmother of three, has been a part of The Upstate Coalition to Ground the Drones and End the Wars, resisting the drone assassination program since 2011. According to leaked military documents called the Drone Papers sent to the Intercept, 90% of drone assassinations target and kill civilians, including children. On the National Day of Action, drone resisters were arrested at Creech Air Force Base (Nevada), Beale AFB (California), and Volk AFB (Wisconsin), and Ramstein AFB, Germany and in Pakistan, all a part of the worldwide resistance to drones.

Mary Anne received the verdict and sentence by mail, even though she was originally told to appear in County Court on January 22 to hear the court’s decision. This may have been an attempt to prevent a full courtroom and press with cameras from attending, as occurred at the time of her original sentence.