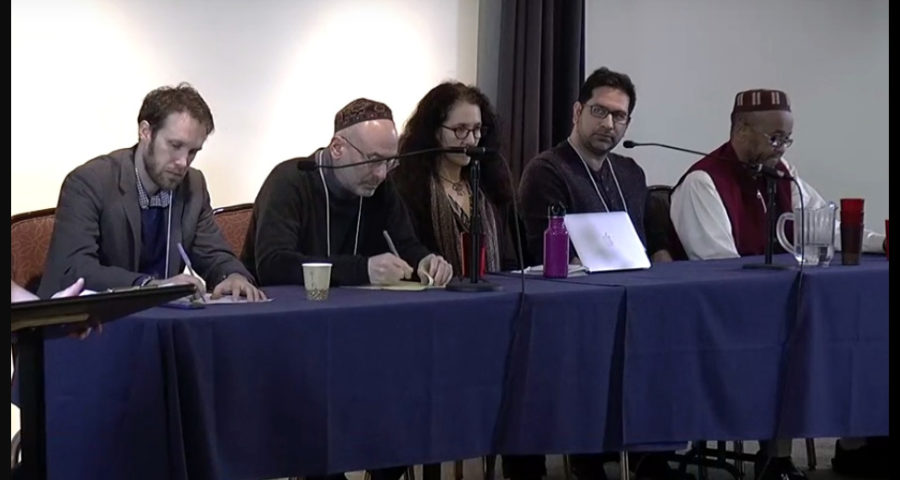 I attended the Multifaith Anti-Drone Warfare Conference at Stony Point Retreat Center in the lower Hudson Valley.   It was a busy event with good food, good company and interesting discussions. The videos were made by Wilton Vought and can be found on Other Voices Other Choices, along with a lot of other interesting materials including audio podcasts.

The panel Friday evening featured ex CIA officer, Ray McGovern, ex Airforce Intelligence Officer Christopher Aaron who served in Afghanistan, and Kambali Musavuli of the Friends of the Congo.   Between them, they revealed the connections. . . between lethal drones flying over Africa and the ongoing theft of resources in Africa. . . between government service and service to one’s country. . .  between telling the redacted truth to the rest of us and joining us on the street in active resistance.  Both kinds of action are necessary for democracy to thrive, good information – right action.

Saturday morning, Arun Kundnani, Arun Kundnani is Adjunct Professor of Media, Culture and Communication at New York University and author of “The Muslims are Coming” and most recently, “Violence Always Comes Home: Terrorism, Empire and Islamophobia”  gave the first Keynote. He spoke about the misleading social and cultural distortion of our perceptions about Islam and terrorism.

Followed by Medea Benjamin of CodePink Women for Peace who spoke about US policies, including drone warfare, that disrespect the people in foreign lands, exacerbate misunderstandings and invite continued threats and violence.

In the afternoon, a panel of religious people discussed the place of activism in a religious context and the insight that our faith can give to the ongoing wars and terrorism that our country is engaged in.