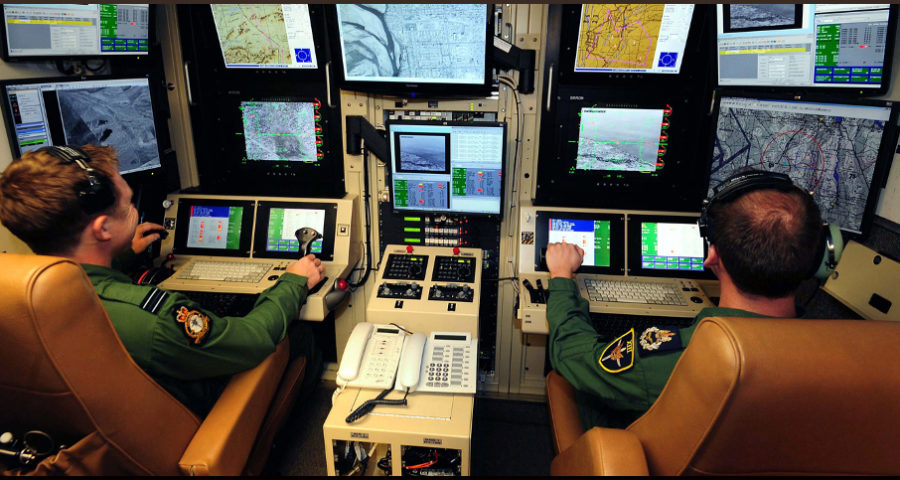 Former Drone Operators Say They Were “Horrified” By Cruelty of Assassination Program, ~The Intercept

by Nick Mottern, published on KnowDrones.com

At the beginning of 2017 there were about 1,350 U.S. Air Force drone operators, most of them assigned to operations and training centers inside the United States.  In this section we will discuss what we know about the issues confronting these women and men and then list organizations and individuals offering help to those operators who are moved by conscience to want to stop working in the drone program. http://www.gao.gov/products/GAO-14-316

Public knowledge of the lives and issues of drone operators is sketchy because of government secrecy.

The Government Accountability Office’s 2014 Actions Needed to Strengthen Management of Unmanned Aerial System Pilots is the most comprehensive public report on the working conditions and emotional challenges experienced by U.S. drone operators. http://www.gao.gov/assets/670/662467.pdf

The report, based to a significant degree on focus group interviews with drone operators at three key U.S. drone control centers – Creech, Cannon and Beale AFBs, said that eight out of 10 focus groups “found it to be rewarding to be able to contribute every day through the RPA (remotely piloted aircraft) mission”.

This finding means, of course, that 20 percent of those interviewed did not find their assignments rewarding.  And, perhaps more significantly, half of the focus groups objected to being kept in drone duty longer than a normal length of assignment.

The operators in all focus groups said “they face multiple challenging working conditions including: long hours, working shifts that frequently rotate, and remaining in assignments beyond typical lengths”.

… “Air Force officials stated that they think the current number of UAS pilots that the Air Force has approved for its UAS units is not enough to accomplish the workload of UAS units. As a result, workloads for Air Force UAS units are high, and in January 2015,  the Secretary of the Air Force said that on average Air Force UAS pilots fly 6 days in a row and work 13- to 14-hour days.”

The Air Force told the GAO it “could not conduct training in units because their units had shortages of UAS pilots”, and the Army “does not know the full extent to which pilots have been trained and are therefore ready to be deployed.”

Possibly one of the most important things affecting the lives of most drone operators, who are in the Air Force, is being what is called “deployed-on-station”.  This effectively means they are assigned to undertake drone killing during their work shifts and then to return to their personal lives in civilian communities during off hours. The 2014 GAO Actions Needed to Strengthen Management of Unmanned Aerial System Pilots, cited above, says that “their dual role juxtaposes stress related to supporting combat operations with the strains that can occur in their personal lives.”

The report said that every focus group said that being deployed-on-station “negatively affected their quality of life, as it was challenging for them to balance their war-fighting responsibilities with their personal lives for extended periods of time.”

“War-fighting”, according to the report, means that drone operators:

“(1)  experience a justifiable risk of being the target of hostile adversary attacks  because they are combatants and their bank accounts, reputations, or physical safety could be targeted; (2) operate in contact with and sometimes kill adversaries, although operations they conduct are out of direct risk from combat; (3) must act with urgency to sometimes kill adversaries and take other time-pressured actions to help ensure combatants they support do not lose their lives; (4) work on a wartime rhythm that includes 24/7 operations 365 days a year; and (5) are required to conceal information from friends and family about their work because their missions are often classified.”

In January 2017, the British Broadcasting Corporation (BBC) examined the experience of drone operators being deployed-on-station at Creech AFB outside Las Vegas, NV, concluding the report http://www.bbc.co.uk/news/magazine-38506932 with:

“As we get ready to leave the base, the moon rises over the mountains and darkness falls quickly. There’s a long traffic jam as some of the 3,500 air staff wait at the gates to leave the base – a snake of red tail lights heading back to Vegas and the warmth of their families.

“And when they get home? Well, friction can stem from one simple question: ‘How was your day?’” (The “air staff” referred to in the above quote includes the back-up teams for drone flights as well as the drone operators themselves.)

The GAO found that in spite of the unique stresses of deployment on station, the Air Force at that the time the report was written “does not have the information it needs to determine whether being deployed-on-station has a negative effect on the quality of life of RPA pilots…and what steps might be needed to reduce those effects.”

As noted elsewhere on this website (“Drone Attacks Rising), the Air Force  announced a “get well” plan in 2016 that is intended to stop the departure of drone operators from the drone attack program.  The plan includes reducing work hours for drone operators, according to Air Force Magazine http://www.airforcemag.com/MagazineArchive/Pages/2016/February 2016/Don%27t-Fear-the-Reaper.aspx.  But there is no evidence that the Air Force is adequately addressing two critical operator issues: post-traumatic stress disorder (PTSD) and “moral injury”.

(PTSD is defined by the Veterans Administration (VA) as “a mental health problem that some people develop after experiencing or witnessing a life-threatening event, like combat, a natural disaster, a car accident or sexual assault.”http://www.ptsd.va.gov/public/PTSD-overview/basics/what-is-ptsd.asp

Moral injury, according to the VA, results from a person being involved in “an act of transgression, which shatters moral and ethical expectations that are rooted in religious or spiritual beliefs, or culture-based, organizational, and group-based rules about fairness, the value of life, and so forth.”

The emotional pressures of drone killing are discussed very honestly, deeply and movingly by three former members of the drone program in the film National Bird.  One of the drone whistleblowers says in the film that she was required to continue to participate in drone attack missions even though her superiors knew she was experiencing post-traumatic stress disorder (PTSD) because the Air Force was short-staffed.  She says also that three of her former colleagues in the program have committed suicide.  The film suggests that alcoholism is common among operators in the drone program.

Since 2012, at least eight former military personnel who have participated in various ways in the U.S. killer drone program have come forward to speak out about the failings of the program and their personal suffering resulting from the work.  Only two of the eight continue to speak out publicly.  One, and possibly more, have moved out of the United States.  Jesselyn Radack, a lawyer representing drone and other whistleblowers including Edward Snowden, said at a screening of National Bird in November 2016 that several of the drone whistleblowers had been intimidated to stop speaking out by calls from the Air Force saying that they had been placed on a kill list by terrorists.

The U.S. Air Force and the CIA, the two entities controlling the vast majority of killer drone attacks, have released no reports detailing the emotional suffering incurred by drone operators. In fact, in June 2015,  the Air Force appears to have acted to cover up an official report that might have exposed the extent to which drone operators are psychologically damaged by their participation in the program.

In preparing for Owens’ defense, Drummond petitioned the military court judge for data that the Air Force had gathered on “stressors” experienced by killer drone operators who live at home rather than being deployed overseas.  The existence of the data in question was disclosed by the Air Force in responding to a study of killer drone manning problem by the Government Accountability Office.

Drummond told the Review-Journal newspaper in Las Vegas that the “’data’ was denied (to him and Owens) by the (Air Force military) prosecutors and we were in the process of litigating the issue with the military judge as to whether they would be required to disclose the data and analysis to the defense.” http://www.reviewjournal.com/news/military/charges-dropped-against-creech-drone-sensor-operator-ptsd

During this process, the Air Force dropped all charges against Owens, released him from military jail and gave him an administrative discharge.  This freed him of any finding of criminality but gave the Air Force the discretion of deciding what if any benefits he would receive, thus giving them leverage to seal his lips.

In a sad coincidence of timing, about a month after Owens was arrested in March, Air Force Master Sgt. Travis Kent Navarro Parkhurst, another Creech sensor operator, committed suicide. His body was found on April 4 in Mount Charleston, just south of Creech.  Then on April 19, Technical Sgt. Mike Johannsen, also a sensor operator at Creech, was killed when his car was hit head-on by a driver going the wrong way.

One avenue open to drone operators who are experiencing PTSD and/or moral injury is to seek transfer out of the killer drone program, and there is evidence that some have done this.  While this may remove the person from the cause of her or his suffering, they are likely to need help in dealing with their emotional injury.  This help may be available to them at the Veterans Administration or through religious institutions. It is not clear that they will get adequate help from military chaplains because they are under pressure to counsel military personnel in ways that will enable them to continue on their duties.

Vet Centers are in a special branch of the VA that offers counseling to former and current members of the military and their families.  The Vet Centers offer a greater degree of confidentiality than the VA, and there are centers in every state and territory.

The VA description of the Vet Centershttp://www.vetcenter.va.gov/Eligibility.asp makes a special point of offering help to anyone who has:

“Served as a member of an unmanned aerial vehicle crew that provided direct support to operations in a combat zone or area of hostility.”

There may also be drone operators who decide to speak out, and they can find legal support from the Whistleblower and Source Protection Program (WHISPeR) at ExposeFacts, an organization that is currently giving legal representation to about 12 drone operators. https://whisper.exposefacts.org

Kathleen McClellan and Jesselyn Radack of WHISPeR at ExposeFacts.org

In addition, Veterans for Peace has offered to assist U.S. drone operators who refuse to fly.